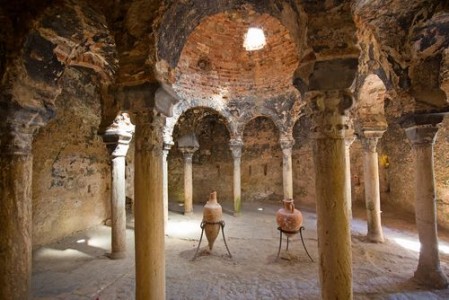 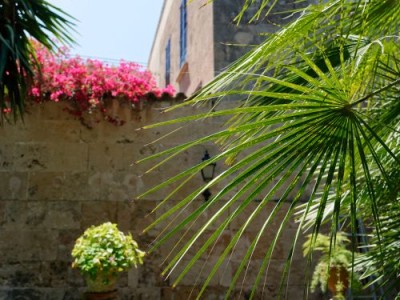 The attraction known as the Arab Baths in Palma is not a very big place; however, it's the epitome of an incredibly beautiful and relaxing break from the city noise.

At the time of the Moors' reign, ritual bathing was a most significant part of Muslim religion. In addition, public bathing areas served as places to meet friends and business associates, whom you could relax with in the shade of a beautiful courtyard after a nice bath.

In 1229, when Spain conquered the island, 5 public baths are said to still exist in Palma. Several historians claim, however, that each of the 27 mosques was linked to a bathing area.

Los Baños Arabes - or 'Banys Arabs' in Mallorquin - is the only Arab bath preserved on the island. It dates back to 10th century, when it was probably part of a large villa. And of the once so beautiful bath, only the central room with steam bath and a corresponding annexe are left today.

The enchanting courtyard and garden belonging to the Arab Baths is an attraction all in itself. With its wild flowers, cacti, palm trees and orange trees, it's an explosion of amazing colours and scents.