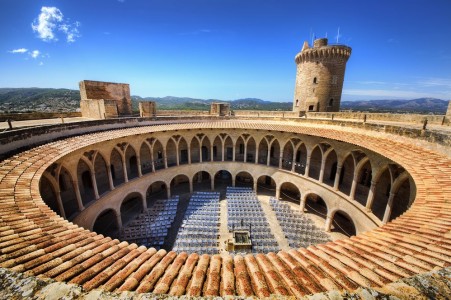 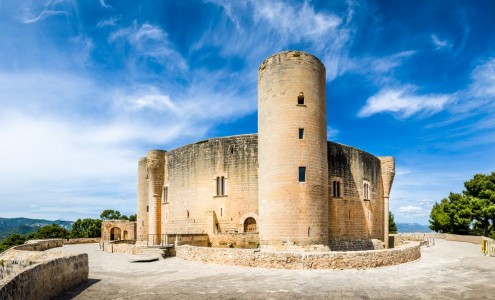 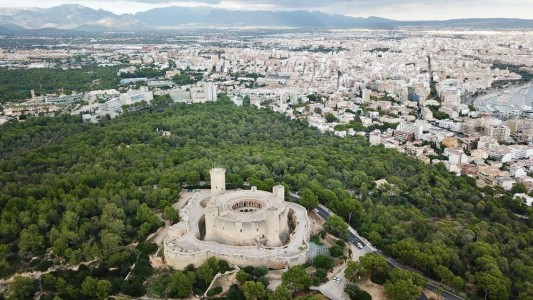 The magnificent and well-preserved Castell de Bellver is one of Palma's most iconic sights. It thrones on a hill over the island capital, which the castle has guarded for more than 700 years.

Bellver means 'beautiful view' in Catalan and its location is, indeed,  beautiful and the view unique: From a magnificently landscaped pinegrove 140 meters above the bay, you have the most splendid view of large parts of the city and the entire bay of Palma.

The castle was built more than 700 years ago by the same architect, who also master-minded the Almudaina Palace. Throughout centuries, Bellver has had multiple functions - first as a kind of sanatorium meant to ease the former king's tuberculosis, and later as a military prison used in various contexts. Today, Castell de Bellver houses a museum with relics and artifacts from historic Mallorca.

The castle is a Gothic masterpiece and is considered unique in Europe due to its round shape.