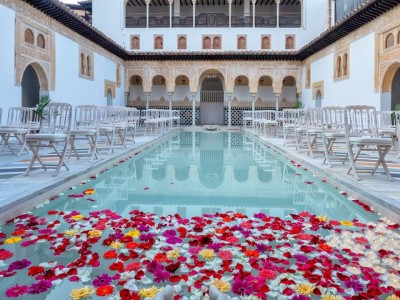 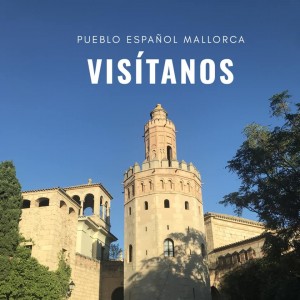 Take a trip around Spain in just one afternoon: Visit Pueblo Español

One of the main attractions of Palma is Pueblo Español, where you're able to take a trip around Spain in just one  afternoon. Pueblo Español - the Spanish village - is a kind of open-air museum with copies of the Alhambra and other well-known buildings from different regions in Spain.

Pueblo Español is located in the Son Espanyolet neighborhood of Palma, and with its total area of ​​24,000 m², it offers copies of different buildings, places, streets and architectural gems, each representing different Spanish cities and part of the artistic and cultural heritage of the country.

The museum works were initiated in 1965, after which it was opened in March 1967. More than 2,000 people were involved in the creation of the museum, presenting different periods of Spanish history, including the Arabic influence, the Gothic and Baroque style + the Renaissance. It contains 72 examples of Spanish architecture, including 18 buildings and 15 streets, all of which are built of materials from their respective regions and areas of Spain.

How many times can you - without lying - say that you've traveled across Spain on foot? Don't miss out on this exciting, beautiful - and fast! - historic expedition through all of Spain.