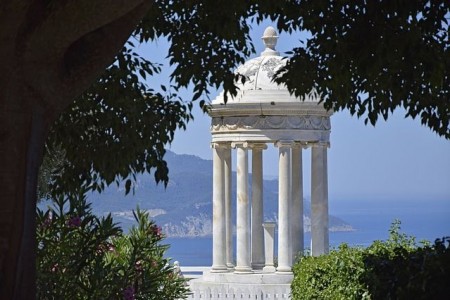 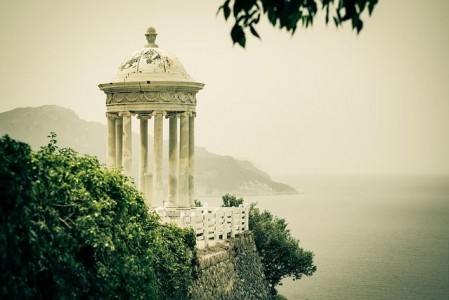 Located between Valldemossa and Deià, Son Marroig is an astonishing building with just an astonishing a history. It's become symbolic of the northern part of Mallorca and is staged in the incomparable setting of the ancient lands of the former Archduke Ludwig Salvator of Austria.

Of all the famous foreigners attracted to Mallorca's northwest coast, none is as admired locally as 'S'Arxiduc' - the Archduke Ludwig Salvador. Born in 1847 in Florence, this son of Leopold III of Tuscany and Marie Antoinette de Bourbon came to Mallorca 20 years later and is said to have fallen in love with the island immediately.

He bought up estates along the coastline in an effort to save them from development, and devoted himself to studying and recording mallorquin wildlife and traditions. Since his death in 1915, the home of 'S'Arxiduc' has been turned into a shrine to his memory, containing all of his photographs, paintings and books. In short, it's a museum to his life, and today the house hosts concerts throughout the year.

In the gardens, the white marble rotunda - Son Marroig - made from Carrara marble and imported from Italy, proudly gazes at the spectacular panorama view.

As one of the most iconic and emblematic historial sights of Mallorca, it's most definitely worth a visit!