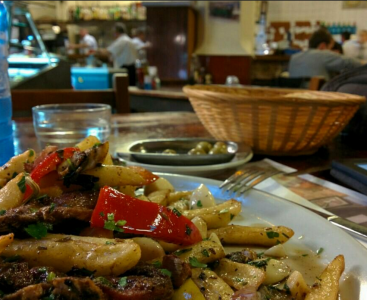 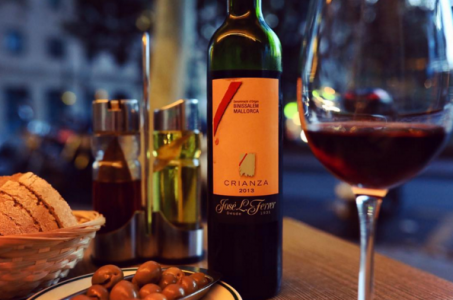 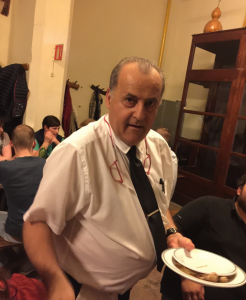 Loads of tradition and a rustic personality all of its own: CELLER SA PREMSA

You'll find many reasons why you should drop in for lunch and/ or dinner at CELLER SA PREMSA in one of Palma's most fantastic squares, Plaza Patines - or Plaza del Bisbe Berenguer de Palou, as it's also known as: Primarily that it's a place oozing of soul and traditional, mallorquín cuisine. Thus, it's a family kitchen in the BEST OF ways. Secondly that the restaurant staff goes to work every day with a smile from ear to ear, giving their absolute all in terms of heartfelt warmth and dedication to all their guests, so that you can feel at home. And that goes for all the staff ... although there's probably one who has stolen our hearts in a very special way (you'll know who when you take a closer look at the pictures above).

And several of them are to be found in the fact that it's simply different to enter into an old 'celler' such as SA PREMSA, dating back to 1958. Today in Palma, you'll find a variation and abundance of restaurants, which is both a fantastic privilege, but which can also make having lunch or dinner quite an odyssey of opportunities, different fusion kitchens and taste variations.

The typical characteristics of a celler is:

. Respect for tradition and history. A celler is typically an old house, consisting of a cool and slightly dark cellar, where wine and other foods, such as oil, sausages or jam, were stored.

. Eventually, these cellars were transformed into restaurants with the locals as their primary target group and with local dishes as their primary focus. This focus has been maintained to this day, where the essence of all food served still continues to have Mallorca and the Balearic Islands as its very soul.

. This means that you're not only met with local food and customs when visiting a celler. You also step into a time capsule and make a journey back in time.

. A celler's décor also helps to travel back in time, because often the tools of former times are used as decorations, including car wheels, large barrels, old fireplaces, etc.

. Often, a celler focuses on serving spoon dishes in Winter and fork dishes in Summer. It can hardly get more simple - or more traditional. In addition, everything, including the desserts, is homemade from scratch.

. Finally, a celler is characterized by a large and spacious room. The menu's diversity represents the diversity of guests' tastes and opinions, and the spaciousness creates a venue where the sky's the limit when meeting up with your whole family or a huge group of friends or colleagues.

Thus, CELLER SA PREMSA is just like most other mallorquín cellers: A place where you can feel at ease and completely at home. A place full of year-long experience, events, great stories and anecdotes, sorrows and joys.

- and in every way, it's a venue worth visiting. Again and again and ...