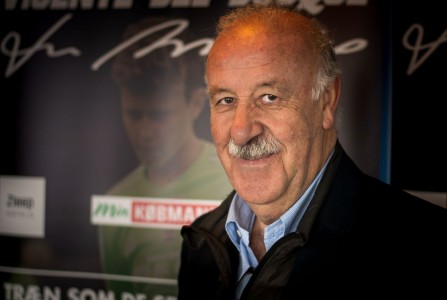 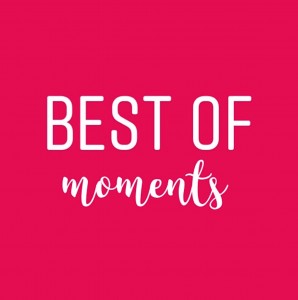 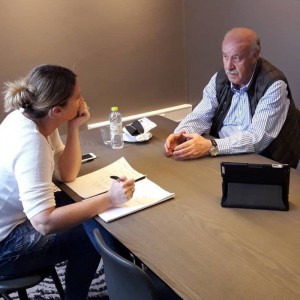 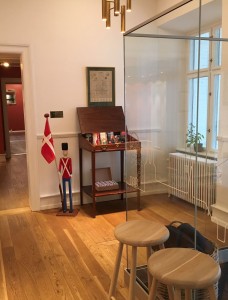 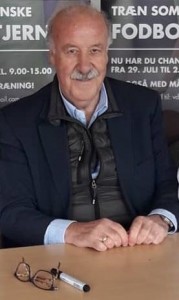 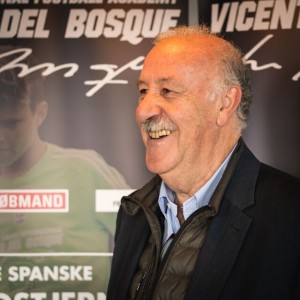 It's all about dreams ... in football as well as in life. No one knows that better than former national coach of the Spanish football team and club coach of Real Madrid at its highest of highs, Sr. Vicente del Bosque - winner of an impressive row of finals and championships in his career. Still, his concern is to educate truly good human beings with a solid sense of values, because: "First, you're a person. Then, a football player".

Having had the privilige to meet Sr. Vicente del Bosque numerous times here in Mallorca while visiting the island in connection with his football campus in Summer time, this time we opted to speak with him in Denmark - in the former Danish capital of Roskilde in the outskirts of Copenhagen. Although weather in Spain is picking up nicely, and Spring temperatures are increasing, Danish weather is still chilly and somewhat dark - bearing no resemblance to the mood of Sr. Vicente del Bosque when meeting him in the hallway of ZLEEP HOTEL - formerly known as PRINDSEN. Apparently, it takes far more than bad weather to throw off Sr. Vicente del Bosque: His mood is terrific, his smile is warm, and his readiness to speak is - as always - as obvious as his courtesy and friendliness towards both friends and strangers. There, in the hallway of one of the main sponsors of the Vicente del Bosque International Football Academy in Denmark, where the Spanish footbal activities took its first step to spread out internationally in 2017, we pinch ourselves in the arm to keep from thinking that it's all but a dream: For a football enthusiast - of any age - to meet Sr. Vicente del Bosque is like meeting royalty. Or as a local football coach later said when asking us to take a picture of him in the company of Sr. Vicente del Bosque: "This is the closest, I'll ever get to winning the biggest trophy of them all!" So irrespectively of age: Meeting Sr. Vicente del Bosque is close to ... a dream come true.

It's really all about being a good person

"A truly good football player - the BEST OF players, if you like - is not merely skilled with a ball on the pitch. He or she also needs to be mentally strong, have great inner capacity and know themselves so well that they're only rarely shaken. The BEST footballers are the ones that I consider to be 'complete human beings' - 'complete' in the sense that they understand how to behave and interact with others, how to show empathy regardless of a given situation or controversy, and how to listen rather than always seek to be heard".

Although very short, this actually sums up the football - and life - philosophy of Sr. Vicente del Bosque, as we ask him to characterize a good football player. He quickly continues to say that this is what he himself learnt through his many years with Real Madrid - first as a player and later as a youth and La Liga coach.

No need to brag when you're larger than life

He doesn't need to brag about his results, because they speak for themselves. Nor would he ever think to brag; he's just not that type of person. Instead, we do for it for him: As a player, he won five championships with Real Madrid and four cup finals between 1974 and 1982. However, his coach career is even more impressive: With Real Madrid, he won two championships, two Champions League titles and several international titles in just four years; the best results ever made since the great days of di Stéfano and Puskás in the early 1960s. The jewel in the crown came as national coach, when he headed a dream team of stars from Madrid and Barcelona, and they won the World Championship in 2010 and the European Championship in 2012.

So regardless of how we look at it. Regardless of what we know - or may not know - of international football. This is the real deal. This is a man who lived his own dream. A man who is a dream to many.

"All big stars and sport celebrities were once small boys and girls, dreaming to make it big. Through the academy, I hope that some of these small boys and girls will learn - not just how to play better football and improve their understanding of what their position is on the pitch, but of how they can excell as human beings and what it means to be or become the best version of yourself, and how you can keep bettering yourself in all aspects of life".

Educating young people to be the BEST version of themselves

Sr. Vicente del Bosque has been instrumental in educating lots and lots of brilliant football players; however, just as important to him has been the education and development of footballers into good persons.

"It's crucial to me that we don't just look at how a football player treats the ball. But that we also take a close look at how he and she treats other people. How he or she behaves as a person. Obviously, football has given me so much more than I have ever given back. So the academy is my opportunity to give back, and to tell all the young players dreaming to be Messi or Ronaldo, that they should also dream and aspire to be good persons. And to be happy with what they do. Both on and outside the pitch. Because that's what it's really all about".

Mastering the art of humanity and genorosity

"Sure, great footballers sometimes lose their cool. In the heat of the moment. In the midst of a passionate game where lots are at stake. That happens when we feel very strongly about things. However, the BEST OF players aren't just skilled with a ball. They master the art of humanity. They have great personalities, and their behaviour calls for respect".

"You have to be generous. In life as well as in football. And to me, generosity means that you know yourself well enough and trust enough in your own abilities to be willing to - and take great pride and joy in - placing others before yourself. Put the team ahead of the individual. Set your needs aside to look at the bigger picture. And to serve  the common good as well as provide for yourself. To me, being generous also means that you take pride in belonging to a specific group or team. This isn't a fragment of the past. It's very much something that we should honour also today: The sense of belonging. The frame of reference that it gives us that we form part of the same group or community".

When having a sense of belonging and being useful, you always win!

"To behave well. To feel part of something bigger than yourself. To be generous in every sense of that word. This is what we should pass on to children and adults alike. Because this is what will ultimately make us feel useful, and that we have a place in this world and an important part to play. And then it doesn't really matter if the scene is a smelly changing room in a local football club somewhere around the globe, or it's life itself playing out", concludes Sr. Vicente del Bosque.

... and we cannot help but feel that even when just talking, he wins again. As he has so many times before. Right here in Roskilde that is mostly known for its yearly festival and ancient cathedral, where Danish kings and queens are buried. Now, the city has also been taken by storm by another all-time great, who might not be part of the royal family or crowd, but who's truly regal in terms of personality, nobility, generosity, wisdom and in transforming dreams into reality. A living legend, giving us a BEST OF MOMENTS. Sr. Vicente del Bosque himself.

Stay up to date